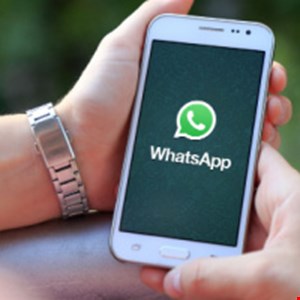 The company made the announcement in a blog post on Thursday, saying the new feature is designed to put the power into people’s hands to maintain access to WhatsApp if their connection is blocked or disrupted.

“As we’ve celebrated the start to 2023 through private texts or calls, there are many people who continue to be denied the ability to reach their loved ones because of internet shutdowns,” reads the blog post.

“To help, today we’re launching proxy support for WhatsApp users all over the world.”

According to SlashNext CEO Patrick Harr, the new feature is particularly useful when considering that the biggest gaps in security posture today come from the personal data of employees in the newly hybrid workforce.

“Attackers are targeting employees through less protected personal communication channels, like WhatsApp, to perpetrate an attack,” Harr told Infosecurity. “Then it just becomes a matter of penetrating laterally through the organization from their external foothold.”

WhatsApp added that, by using a proxy, users can connect to the app through servers set up by volunteers and organizations worldwide.

To this end, the Meta-owned firm has compiled a guide designed to help users set up their own proxy servers alongside a separate one to show how users can connect to existing proxies.

“Instructions for setting up a publicly available proxy is welcome, as it lets more people step up and help keep communications open for those who might otherwise be silenced.”

WhatsApp also said that connecting via proxy maintains the “high level of privacy and security” that the app provides.

“Your personal messages will still be protected by end-to-end [E2E] encryption — ensuring they stay between you and the person you’re communicating with and are not visible to anyone in between, not the proxy servers, WhatsApp, or Meta,” the company wrote.

The new feature, which has been available on other E2E-encrypted messaging apps like Telegram and Signal for years, can now be found in WhatsApp’s settings menu for everyone running the latest version of the app.