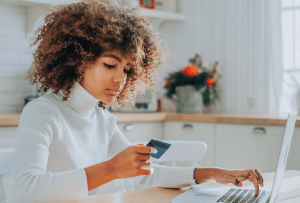 What is antivirus? That’s a good question. What does it really protect? That’s an even better question.

Over the years, I’ve come to recognize that different people define antivirus differently. Some see it as way to keep hackers from crashing their computers. Others see it as a comprehensive set of protections. Neither definition is entirely on the money.

Antivirus software protects your devices against malware and viruses through a combination of prevention, detection, and removal.

For years, people have installed antivirus software on their computers. Today, it can also protect your smartphones and tablets as well. In fact, we recommend installing it on those devices as well because they’re connected, just like a computer—and any device that connects to the internet is a potential target for malware and viruses.

In short, if it’s connected, it must get protected.

One important distinction about antivirus is its name, a name that first came into use decades ago when viruses first appeared on the scene. (More on that in a bit.) However, antivirus protects you from more than viruses. It protects against malware too.

The reason why antivirus gets paired up with other apps for your privacy and identity is because antivirus alone doesn’t offer these kinds of protections. Yet when paired with things like a password manager, credit monitoring, identity theft coverage, and a VPN, to name a few, you can protect your devices—along with your privacy and identity. All the things you need to stay safer online.

With that, let’s take a closer look at what malware and viruses really are—how they evolved, and what they look like today, along with how antivirus protects you against them.

What was the first computer virus?

Viruses have a long history. And depending on how you define what a virus is, the first one arguably took root in 1971—more than 50 years ago.

It was known as Creeper, and rather than being malicious in nature, it was designed to show how a self-replicating program could identify other connected devices on a network, transfer itself to them, and find yet more devices to repeat the process. Later, the same programmer who created a follow-on version of Creeper developed Reaper, a program that could remove the Creeper program. In a way, Reaper could be considered the first piece of antivirus software.

From there, it wasn’t until the 1980’s that malware started affecting the broader population, a time when computers became more commonplace in businesses and people’s homes.

At first, malware typically spread by infected floppy disks, much like the “Brain” virus in 1986. While recognized today as the first large-scale computer virus, its authors say they never intended it to work that way. Rather they say they created Brain as an anti-piracy measure to protect their proprietary software from theft. However, Brain got loose. It went beyond their software and affected computers worldwide. Although not malicious or destructive in nature, Brain most certainly put the industry, businesses, and consumers on notice.

Another piece of malware that got passed along via floppy disks was the “PC Cyborg” attack that targeted the medical research community in and around 1989. There the malware would lie in wait until the user rebooted their computer for the 90th time. And on that 90th boot, the user was presented with a digital ransom note like the one here:

Along with that note, PC Cyborg encrypted the computer’s files, which would only get unencrypted if the victim paid a fee—making PC Cyborg the first widely recognized form of ransomware.

Shortly thereafter, the internet started connecting computers, which opened millions of doors for hackers as people went online. Among the most noteworthy was 1999’s “Melissa” virus, which spread by way of infected email attachments and overloaded hundreds of corporate and governmental email servers worldwide.

It was quickly followed in 2000 by what’s considered the among the most damaging malware to date—ILOVEYOU, which also spread by way of an attachment, this one posing as a love letter. Specifically, it was a self-replicating worm that installed itself on the victim’s computer where it destroyed some information and stole other information, then spread to other computers. One estimate puts the global cost of ILOVEYOU at $10 billion and further speculated that it infected 10% of the world’s internet-connected computers at the time.

With the advent of the internet, malware quickly established itself as a sad fact of connected life. Today, McAfee registers an average of 1.1 million new malicious programs and potentially unwanted apps (PUA) each day, which contributes to the millions and millions of malicious programs already in existence.

Apart from the sheer volume of malware out there today, another thing that distinguishes today’s malware from early malware attacks—they’re created largely for profit.

We can think of it this way:

Today’s malware is far more than an annoyance or headache. It can lead to follow-on attacks that target your finances, your identity, your privacy, or a mix of all three.

How does antivirus keep you safe?

So with a million or so new threats coming online each day, and millions more out there already, how does antivirus protect you from malware? It blocks, detects, and removes malware. And it does so in a couple of ways:

However, as mentioned earlier, antivirus provides only one aspect of online protection today. While it protects your devices and the data that’s on them, your privacy and identity can come under attack as well. So while antivirus alone can protect you from malware, it can’t prevent other forms of online crime like identity theft, phishing attacks designed to steal personal information, or attacks on your accounts, to name a few of the many other types of threats out there.

Yet comprehensive online protection can.

Antivirus, an essential part of your overall security mix

Comprehensive online protection software like ours offers antivirus, along with specific services and features that protect your privacy and identity online as well. It gives you dozens of other features like identity theft coverage & restoration, personal data cleanup, security freezes, and an online protection score that shows you just how safe you are, along with suggestions that can make you safer still.

So while protecting your devices with antivirus is a great start, it’s only one part of staying safer online. Including privacy and identity protection rounds out your protection overall.

Identity theft protection and privacy for your digital life