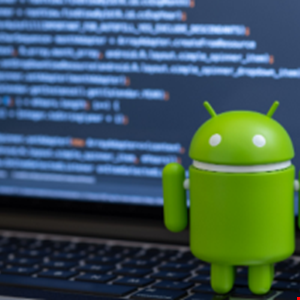 Google has announced plans to roll out the initial Privacy Sandbox Beta to Android 13 mobile devices earlier next year.

“Over the course of 2022, we’ve published design proposals and released a number of Developer Previews,” Android product manager Ryan Fitzgibbon said in a blog post published on Tuesday.

“We appreciate all of the feedback we’ve received, which has helped us refine and improve these proposals.”

Now, Google is sharing more details about the Privacy Sandbox Beta so developers can prepare to use its tools.

“Starting with the Beta release, as well as future Developer Previews, developers will need to complete an enrollment process in order to utilize the ads-related APIs (including Topics, FLEDGE, and Attribution Reporting),” Fitzgibbon wrote.

“The enrollment process will verify developer identity and gather developer-specific data needed by the APIs.”

To participate in the program, Google clarified that companies interested in testing the Beta on their own Android 13 devices could request access for a limited number of devices and register any apps that will utilize the Sandbox APIs.

“This overall effort by Google is an effort to improve the status quo in regards to end-user tracking, especially cross-site tracking via third-party cookies,” Jason Hicks, field CISO and executive advisor at Coalfire, told Infosecurity.

“Many Apps consumers utilize now are free based on their ability to track their users and monetize this information via selling ad placement.”

According to the executive, as awareness of these practices has grown, it has drawn concern from both consumers and government regulators, especially in Europe.

“This overall effort, if it lives up to its stated goals, should be able to provide interfaces for app makers to remain profitable in their current business model and allow consumers to greatly reduce or eliminate being tracked across sites without their consent.”

The announcement comes months after a Juniper Research study suggested digital advertising spending lost to fraud could reach as high as $68bn globally by the end of the year.