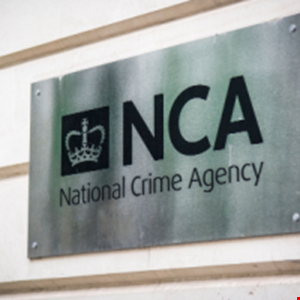 Investigators have disrupted a major organized crime gang believed to have tricked thousands of British victims into handing over money.

The UK’s National Crime Agency (NCA) and Romanian police searched two penthouse apartments in Bucharest thought to have been the nerve center for a fraud operation that targeted consumers across Europe on a “massive scale.”

The group specifically targeted individuals who had already been victims of investment fraud, according to the NCA.

They approached the victims, claiming to work for the Financial Conduct Authority (FCA) or other regulatory bodies, promising to help recover any losses.

However, once an upfront fee had been paid for this ‘service’ and transferred to a crypto wallet, the fraudsters would cease contact and move on to their next victim, the NCA explained.

Officers seized a script that was followed when the fraudsters called their victims, as well as evidence of high-value cryptocurrency wallets used to show victims that recovered funds were available to repay their initial investment losses.

However, on further examination, the wallets were found to be false.

Three Romanian nationals were interviewed by the authorities about their suspected role in orchestrating the scheme.

“Working closely with Romanian law enforcement has been invaluable in bringing about the disruption of this suspected organized crime group,” said Suzanne Foster, NCA branch commander for the Complex Financial Crime Team.

“Victims have potentially lost huge sums to this fraud and we will be working to trace these stolen funds as we continue the investigation.”

They would target cryptocurrency fraud victims by phone, posing as members of the fictitious ‘Community of Cryptocurrency Brokers’ and offering to return stolen funds for a commission.

Once payment was made they would disappear.

Phone-based fraud, or vishing, has surged over recent months. An estimated 80% of British consumers received a scam call or text over the summer of 2021.

Increasingly, these attacks are combined with traditional email phishing. One study found that click rates for the average targeted phishing campaign increased around three-fold, from 18% to 53%, when vishing was also used by threat actors.