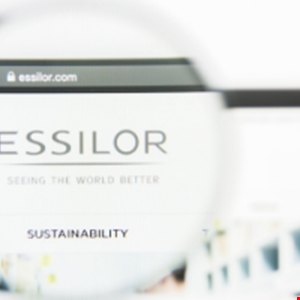 A maker of optical lenses and related equipment has agreed to pay $16.4m to settle allegations it broke the False Claims Act by paying kickbacks to eye care providers.

The Department of Justice (DoJ) alleged the firm “knowingly and willfully offered or paid” optometrists and ophthalmologists to order its products for their customers, who included Medicare and Medicaid beneficiaries.

“The department will continue to pursue violations of the Anti-Kickback Statute to ensure that patient care is not influenced by improper financial incentives.”

As part of the settlement, Essilor entered into a five-year Corporate Integrity Agreement (CIA) with the US Department of Health and Human Services Office of Inspector General (HHS-OIG), which requires that it hires an independent review organization to examine its systems, policies, processes and procedures to ensure any discounts, rebates or price reductions comply with the Anti-Kickback Statute.

The CIA also requires Essilor to implement a new written review and approval process so that all its existing and new discount arrangements comply with the Anti-Kickback Statute.

The case was brought as a result of several former Essilor district sales managers who turned whistleblowers.

The DoJ said the case proves it is serious about tackling healthcare fraud, which has risen to become a huge drain on public finances.

Last year it was reported that the government opened a record number of investigations during 2020 as unscrupulous individuals tried to profit during the pandemic.