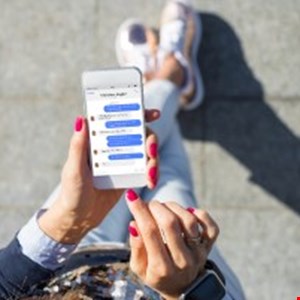 Social media giant Meta has announced it will start testing end-to-end encryption (E2EE) as the default option on its Facebook Messenger platform.

The company made the announcement in a blog post on August 11, where it explained the feature will be initially available only to selected users.

“If you’re in the test group, some of your most frequent chats may be automatically end-to-end encrypted, which means you won’t have to opt into the feature,” reads the post by Sara Su, product management director of Messenger Trust.

“You’ll still have access to your message history, but any new messages or calls with that person will be end-to-end encrypted.”

“Secure storage will be the default way to protect the history of your end-to-end encrypted conversations on Messenger, and you’ll have multiple options for restoring your messages if you choose to do so,” Meta wrote.

These include PINs and passwords, both of which will need to be saved to grant access to one’s account on new devices.

“For example, for iOS devices, you can use iCloud to store a secret key that allows access to your backups. While this method of protecting your key is secure, it is not protected by Messenger’s end-to-end encryption.”

Facebook is starting to test the aforementioned security features, alongside a few others, on Android and iOS, but the options are not yet available on messenger.com or Messenger for desktop.

“We will continue to provide updates as we make progress toward the global rollout of default end-to-end encryption for personal messages and calls in 2023.”

The new Messenger features come almost a year after a Facebook whistleblower denounced Meta for prioritizing profits over user safety.

More recently, Disneyland’s Facebook (and Twitter) credentials were stolen by a hacker who posted a series of racist and homophobic posts.

What You Do Now To Protect Your Child From Cyberbullying
Over 39,000 Unauthenticated Redis Instances Found Exposed on the Internet
Morgan Stanley Fined $35m By SEC For Data Security Lapse
Interested in cybersecurity? Join us for Security SOS Week 2022!
ReasonLabs Unveils Multimillion Dollar Global Credit Card Scam