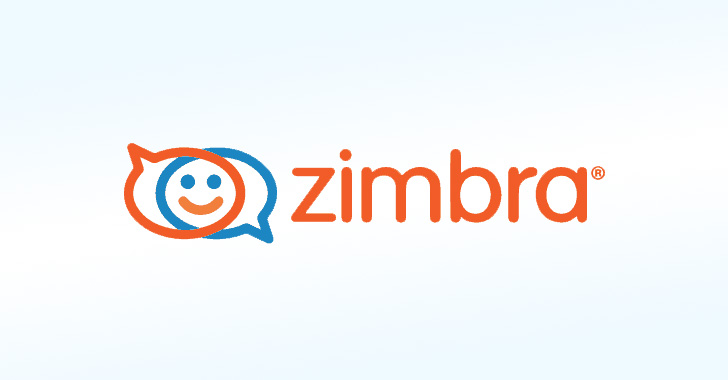 The two high-severity issues relate to weaknesses in Zimbra Collaboration, both of which could be chained to achieve unauthenticated remote code execution on affected email servers –

“If you are running a Zimbra version that is older than Zimbra 8.8.15 patch 33 or Zimbra 9.0.0 patch 26 you should update to the latest patch as soon as possible,” Zimbra warned earlier this week.

CISA has not shared any information on the attacks exploiting the flaws but cybersecurity firm Volexity described mass in-the-wild exploitation of Zimbra instances by an unknown threat actor.

In a nutshell, the attacks involve taking advantage of the aforementioned authentication bypass flaw to gain remote code execution on the underlying server by uploading arbitrary files. 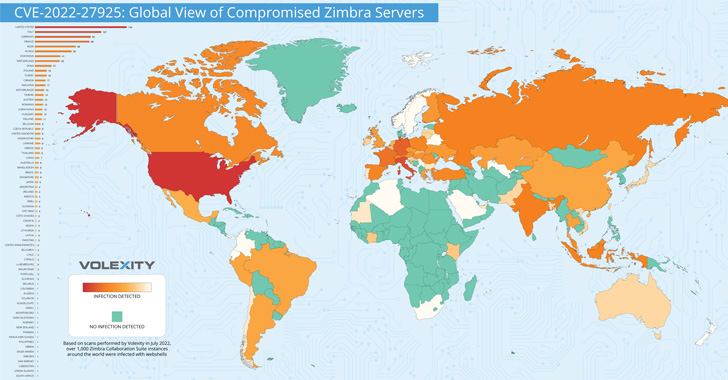 Volexity said “it was possible to bypass authentication when accessing the same endpoint (mboximport) used by CVE-2022-27925,” and that the flaw “could be exploited without valid administrative credentials, thus making the vulnerability significantly more critical in severity.”

It also singled out over 1,000 instances globally that were backdoored and compromised using this attack vector, some of which belong to government departments and ministries; military branches; and companies with billions of dollars of revenue.

The attacks, which transpired as recently as the end of June 2022, also involved the deployment of web shells to maintain long-term access to the infected servers. Top countries with the most compromised instances include the U.S., Italy, Germany, France, India, Russia, Indonesia, Switzerland, Spain, and Poland.

“CVE-2022-27925 was originally listed as an RCE exploit requiring authentication,” Volexity said. “When combined with a separate bug, however, it became an unauthenticated RCE exploit that made remote exploitation trivial.”

The disclosure comes a week after CISA added another Zimbra-related bug, CVE-2022-27924, to the catalog, which, if exploited, could allow attackers to steal cleartext credentials from users of the targeted instances.