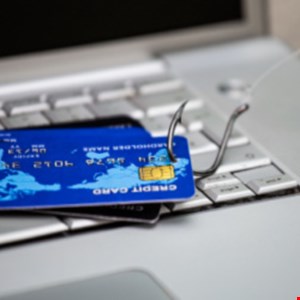 Banks received the lion’s share of phishing attacks during the first half of 2022, according to figures published by cybersecurity company Vade today.

The analysis also found that attackers were most likely to send their phishing emails on weekdays, with most arriving between Monday and Wednesday. Attacks tapered off towards the end of the week, Vade said.

While financial services scored highest on a per-sector basis, Microsoft was the most impersonated brand overall. The company’s Microsoft 365 cloud productivity services are a huge draw for cyber-criminals hoping to access accounts using phishing attacks.

Phishing attacks on Microsoft customers have become more creative, according to Vade, which identified several phone-based attacks. It highlighted a campaign impersonating Microsoft’s Defender anti-malware product, fraudulently warning that the company had debited a subscription fee. It encouraged victims to fix the problem by phone.

Phishers targeted users’ fear of being denied access to their accounts in one Facebook-focused campaign. The attackers warned users that they were being locked out of their account for violating community standards – a message that might cause many to think that their account had already been hacked.

Another Facebook-targeted campaign fraudulently asked users for government ID to verify their identity. Combining WhatsApp and Facebook, both owned by Meta, would put the group company at the top of the phishing list.

Spyware posing as VPN apps – Week in security with Tony Anscombe
RansomBoggs: New ransomware targeting Ukraine
Phishing Campaign Impersonating UAE Ministry of Human Resources Grows
All You Need to Know About Emotet in 2022
What is Antivirus and What Does It Really Protect?