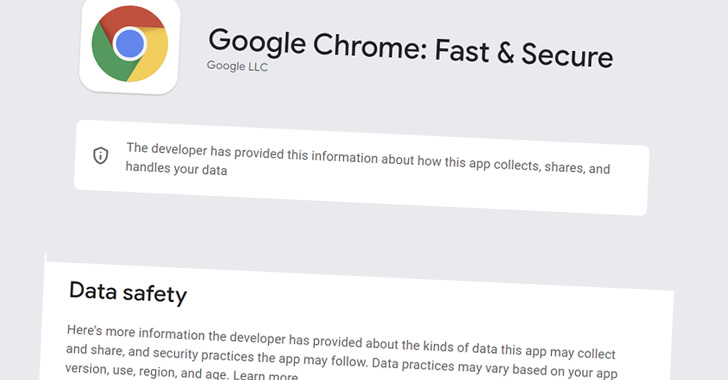 Following the launch of a new “Data safety” section for the Android app on the Play Store, Google appears to be readying to remove the app permissions list from both the mobile app and the web.

The change was highlighted by Esper’s Mishaal Rahman earlier this week.

The Data safety section, which Google began rolling out in late April 2022, is the company’s answer to Apple’s Privacy Nutrition Labels in iOS, allowing users to have a unified view of an app’s data collection and processing practices. 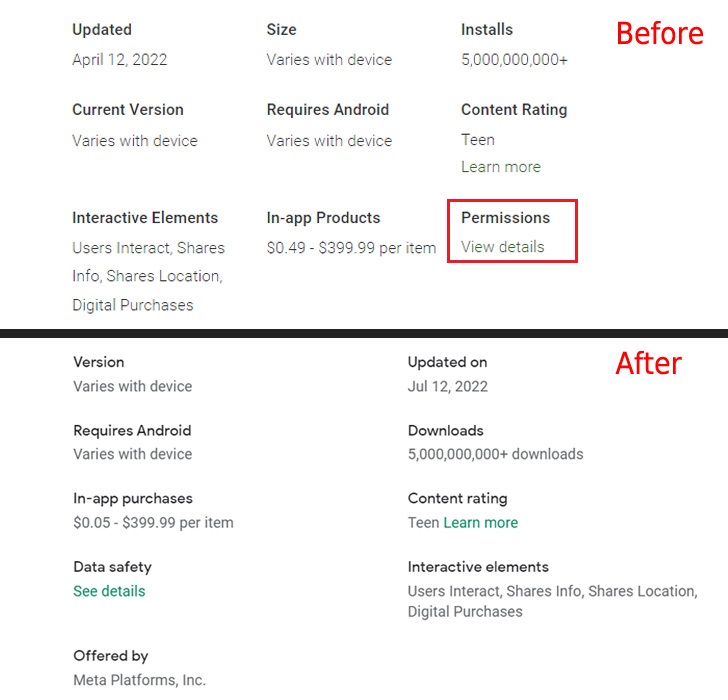 To that end, third-party app developers are required to furnish the required details by July 20, 2022. With this deadline now approaching next week, the tech giant has moved to entirely remove the permissions section.

The decision also appears to be a hasty one, as a number of popular apps such as Facebook, Messenger, Instagram, WhatsApp, Amazon (including Amazon Prime Video), DuckDuckGo, Discord, and PhonePe are yet to populate their Data safety sections.

It’s not immediately clear what led Google to go ahead with the change, especially given that the Data safety section runs on an honor system that requires the developers to make complete and accurate declarations in their app’s store listing.

The app permissions list, in contrast, was curated by Google based on a scan of the app during the vetting process, giving users a handy means to check all the permissions required by each app prior to installation.

It’s being suspected that the readability improvements offered by the Data safety section have played a role in the change, although how trustworthy the new system remains to be seen.