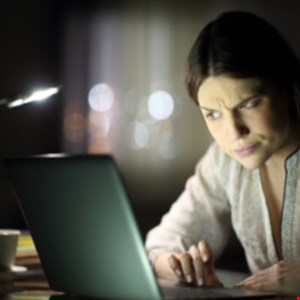 Data generated by OnePoll from April 28 to May 3 2022 on behalf of AT&T shows that the average person happens upon a suspicious online site or social media account 6.5 times a day. The recent survey of 2000 general population Americans also found that 54% of consumers said they were unaware of the difference between active and passive security threats, with the majority being reactive as opposed to proactive about their password security. Of those surveyed, 42% still use the same password across multiple logins, an oversight that can lead to credential stuffing.

The survey went on to state that less than 40% of those polled consider common cybersecurity risks, and only one-third are mindful of network intrusion and rogue mobile apps. Nearly half (45%) of consumers have even received a phone call from someone claiming to be from the government, a disconcerting finding given that 36% were more willing to reply to a message if it looks like it’s from an official organization.

In mitigating cybersecurity threats, Josh Goodell, vice president of Broadband Technology Management at AT&T, stated that “one way people can help mitigate their cybersecurity risks across the home is by using a VPN, or virtual private network, to encrypt their data and prevent potential hackers from tracking their online activity.”

Security risks are a troubling yet continuous issue in our digital environment, but the adoption of a more proactive posture while harnessing available security technology will help immensely in mitigating those risks, with Goodell affirming: “Combining your own proactive security habits with an internet service provider that offers security features such as identity monitoring, malicious site blocking and anti-virus scanning can help protect you against potential threats and provide peace of mind for your overall connected experience.”

“This Connection Is Not Private” – What it Means and How to Protect Your Privacy
Chrome fixes 8th zero-day of 2022 – check your version now
CryptoRom “pig butchering” scam sites seized, suspects arrested in US
Google Releases Chrome Patch to Fix New Zero-Day Vulnerability
McAfee Personal Data Cleanup: Your Partner in Living a More Private Online Life