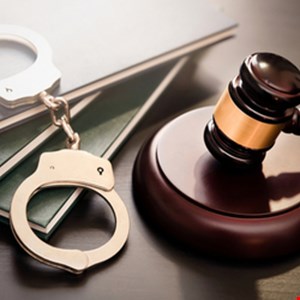 The US Department of Justice (DOJ) announced last Friday that a Florida resident named Ron Aksoy has been arrested and charged for allegedly selling thousands of fraudulent and counterfeit Cisco products over the course of 12 years.

Also known as Dave Durden, Aksoy, 38, would have run at least 19 companies formed in New Jersey and Florida, at least 15 Amazon storefronts, roughly 10 eBay storefronts, and multiple other entities with an estimated retail value of over $1bn.

According to court documents, the fake companies imported tens of thousands of counterfeit Cisco networking devices from China and Hong Kong and resold them to customers in the US and overseas, falsely representing the products as new and genuine.

These typically older, lower-model products (some of which had been sold or discarded) were modified by Chinese counterfeiters to appear to be genuine versions of new, enhanced, and more expensive Cisco devices.

As a consequence, the fraudulent and counterfeit products suffered from numerous performance, functionality, and safety problems, sometimes costing users tens of thousands of dollars.

As set forth in the indictment, Customs and Border Protection (CBP) seized roughly 180 shipments of counterfeit Cisco devices that were being shipped to the Pro Network Entities (the false company name under which Aksoy operated) from China and Hong Kong between 2014 and 2022.

In response to some of these seizures, Aksoy would have falsely submitted official paperwork to CBP under the alias “Dave Durden,” an identity that he also used to communicate with Chinese co-conspirators.

The whole operation allegedly generated over $100 million in revenue, of which Aksoy retained a considerable share, while the rest went to his co-conspirators.

The DOJ has compiled a publicly available list of Pro Network companies, alongisde eBay and Amazon storefronts used by the alleged criminal. Potential victims have been advised to get in touch with authorities.

The news comes days after Cisco rolled out patches for security flaws across multiple versions of its products.