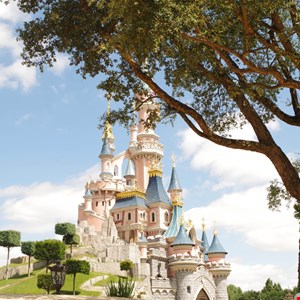 Disneyland’s Facebook and Instagram accounts were taken over on Thursday by a self-proclaimed “super hacker” who posted a series of racist and homophobic posts.

Operating under the name “David Do,” the threat actor claimed he was seeking “revenge” on Disneyland employees after some of them had allegedly insulted him.

“I am a super hacker that is here to bring revenge upon Disneyland […] Who’s the tough guy now Jerome?” one of the posts read.

The hacker also published posts claiming to have “invented” COVID-19 and suggested he was working on a new “COVID20” virus.

“The hacker also tagged several other Instagram accounts, but it is unknown if they are friends and will help lead police to the hacker,” Disneyland wrote.

The posts received thousands of comments of shock and outrage from Disney’s 8.4 million followers.

The Disneyland Facebook and Instagram accounts were temporarily taken down shortly after the posts went live and were brought back online after the team removed the posts. The park’s other social media pages appeared to be unaffected.

“We worked quickly to remove the reprehensible content, secure our accounts and our security teams are conducting an investigation,” Disneyland said in an update to the post today.

A version of the hacker’s posts with profanity and slurs censored is available at the bottom of the Disneyland blog post.

The incident comes almost a year after three Disney theme park employees were arrested in Florida as part of an operation to catch sexual predators who target children via the internet.

RansomBoggs: New ransomware targeting Ukraine
“This Connection Is Not Private” – What it Means and How to Protect Your Privacy
10 tips to avoid Black Friday and Cyber Monday scams
All You Need to Know About Emotet in 2022
U.S. Bans Chinese Telecom Equipment and Surveillance Cameras Over National Security Risk