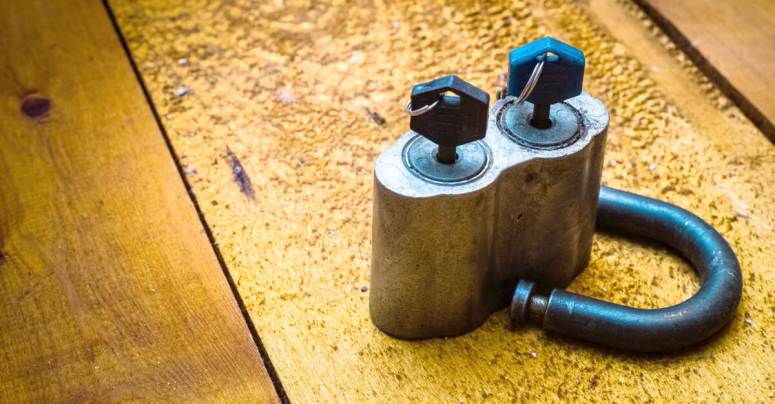 This time, online smart contract company Harmony, which pitches itself as an “open and fast blockchain”, has been robbed of more than $80,000,000’s worth of Ether cryptocoins.

Surprisingly (or unsurprisingly, depending on your point of view), if visit Harmony’s website, you’ll probably end up totally unware of the massive loss that the business just suffered.

Even the business’s official blog, linked to from the website, doesn’t mention it.

The most recent blog article dates to the very start of 2022, and is entitled Lost Funds Investigation Report.

Apparently, at the start of the year, those lost funds happened when five individuals were ripped off to the tune of just over 19 million of Harmony’s ONE tokens, then apparently worth about 25 US cents each.

We wish to provide the suspect an opportunity to communicate with the Harmony Foundation and return all funds. Harmony will not pursue further legal action or dox your identity so long as we receive your full cooperation. The team will offer you a bounty to reveal how this theft was performed so long as it can be validated.

We’re not sure whether it’s legal for a company to offer to rewrite history to pretend that an unauthorised and probably illegal hack was actually legitimate research, though it did seem to work in the infamous $600 million hack of Poly Networks.

The perpetrator in that case made a flurry of curious pseudo-political blockchain announcements ALL IN CAPS, written in artifically poor English, to claim that money wasn’t the motivator behind the crime.

Ultimately, after currying favour with the cracker by adopting the nickname Mr White Hat, Poly Networks (to many people’s astonishment, including our own) got most of their funds back.

We’re also not sure just how much insulation from prosecution any offer from the victim not to “press charges” is likely to provide, given that in many countries, it’s the state that usually takes the decision to investigate, charge and prosecute suspects for criminal offences.

Some countries, such as England, do give private individuals (including professional bodies or charities) the right to conduct a private prosecution if the state doesn’t want to do it, but they don’t give crime victims a “corollary right” to prevent the state from prosecuting a case if it does want to do so.

Nevertheless, Poly Networks’ unexpected success in recovering more than half-a-billion dollars has encouraged other cryptocurrency businesses to try this “wipe the slate clean” approach, presumably on the grounds that there’s often not much else they can do.

But it doesn’t seem to work terribly often.

It certainly didn’t seem to work for Harmony in January 2022, though if the perpetrator hasn’t yet been able to cash out their ill-gotten gains, they might regret not taking up the offer.

By 15 January 2022, when Harmony’s fake “bug bounty offer” expired, ONE tokens peaked at $0.35, but have since sunk to below 2.5 cents each, according to CoinGecko.

Once more unto the not-a-breach

That hasn’t stopped Harmony trying the bug-bounty-based historical revisionist approach once again, contacting the June 2022 hacker via the Ether blockchain to say:

Since then, numerous other chancers, jokers and cryptocommentators have stepped up to the blockchain as well to say…

Earlier today, despite Harmony offering a $1,000,000 “bounty” and saying it will “advocate for no criminal charges”…

We commit to a $1M bounty for the return of Horizon bridge funds and sharing exploit information.

Harmony will advocate for no criminal charges when funds are returned.

…the hacker seems to have paid out a substantial chunk of the above ETH72,769 to an account that doesn’t seem to be connected with Harmony, or at least isn’t being claimed by Harmony:

At least one apparently panicked customer has reached out more desperately and eloquently than some of the other commenters to say:

Harmony’s write-up so far suggests that the attacker or attackers pulled of this heist even though the fraudulent transactions requiring multiple signatories with each signer having their private key split between two storage locations, one local and one on a keyserver.

Unfortunately, it seems that even though the “multisig” process in this case required two of five trusted parties to co-sign, the attackers were nevertheless able to compromise two of the five private keys needed.

Apparently, Harmony has now decided to require four of the five trusted parties to co-sign, though you could argue that with two of the five having already demonstrated their unreliability, that’s equivalent to restoring the status quo of requiring “two trusted parties”.

Also, what Harmony hasn’t revealed (and may not yet even know) is whether there was a common reason for the compromise of the two private keys that led to the unauthorised transfers.

After all, there’s no point in having N-factor authentication where N > 1 if there’s a common point of failure between all N factors.

For example, if you have laptops with hard disks protected both by boot-time passwords and by one-time code sequences generated by a mobile phone, you effectively have 3FA, so that an attacker needs to: possess the laptop; know the password; and either be able to unlock the user’s phone or recover the seed for the code sequence.

But if you have a user who writes their password and their authenticator seed code on a sticky label and pastes it on the bottom of their laptop, then you are straight back down to 1FA: all security rests in possession of the laptop itself.

Don’t be that user!

And don’t let any of your friends or colleagues be that user, either…