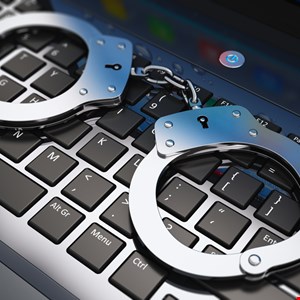 A California man was sentenced to time in prison Wednesday after hacking thousands of iCloud accounts, stealing people’s nude images and videos and sharing them with conspirators.

Hao Kuo Chi, acting under the online name of ‘icloudripper4you’, would have illegally obtained the iCloud credentials of approximately 4700 victims and shared their content with other people on more than 300 occasions.

Because of these crimes, US District Judge Kathryn Kimball Mizelle sentenced Chi to nine years in federal prison for conspiracy and computer fraud after he pleaded guilty last October.

“Chi victimized hundreds of women across the country, making them fear for their safety and reputations,” commented US Attorney Roger Handberg.

“This sentence reflects the resolve of the U.S. Attorney’s Office to hold cybercriminals responsible for their crimes.”

According to documents obtained by the court, Chi operated for several years on Anon-IB, an ‘anonymous image’ sharing website designed to encourage users to post sexual or explicit photos.

The man allegedly used an unnamed foreign-based, end-to-end encrypted email service to share images with his conspirators, some of whom released the images into the public sphere.

Anon-IB has now been taken offline, but during his time on the site, Chi reportedly collected approximately 3.5 TB of victim data on both cloud and physical storage, containing content attributable to more than 500 victims.

“The FBI is committed to protecting the American people by exposing these cybercriminals and bringing them to justice.”

A similar case took place in October 2021, when IT specialist Justin Sean Johnson admitted using his technical skills to hack into the online accounts, including iCloud, of tens of thousands of University of Pittsburgh Medical Center (UPMC) employees.