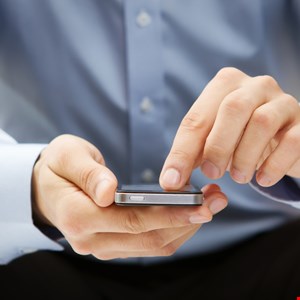 A trainee solicitor and special police constable has been handed a two-year suspended sentence after using encrypted channels to post messages about child sexual abuse.

Jack Mallinson, 26, who was employed by West Yorkshire Police while training to be a solicitor, was arrested on January 7 2021 by officers from the UK’s National Crime Agency (NCA).

After seizing his devices, they found over 2000 indecent images of children (IIOC) on his mobile phone in categories A-C, with A being the most severe. They found additional disturbing images on his gaming laptop.

Mallinson admitted to watching extreme pornography and viewing indecent images of children sent to him via Tumblr and Mega between March and November 2020. However, it’s claimed he stopped doing so after being offered the trainee solicitor’s job.

Mallinson also used encrypted app Wickr to send online messages fantasizing about abusing children. Although he admitted to writing the posts, he claimed the chat was fabricated to be deliberately outlandish and provocative, according to the NCA.

NCA operations manager, Matthew Brooks, said Mallinson had abused the trust placed in him by West Yorkshire Police and as a solicitor.

“Although he did not commit physical abuse, the very fact he posted such disgusting messages to complete strangers online indicates he poses a sexual threat to children,” he added.

“He also had a significant collection of child abuse material in his possession. Behind every one of these images and videos is a young victim, who is powerless and exploited.”

Governments and law enforcers have waged a long-running campaign against end-to-end encryption of the type used by Wickr and other firms, arguing that it provides safe spaces in which terrorists, pedophiles and others to hide in.

However, UK privacy watchdog the Information Commissioner’s Office (ICO) defended the technology earlier this year, arguing that it “strengthens children’s online safety by not allowing criminals and abusers to send them harmful content or access their pictures or location.”

The ICO also pointed out that there are more ways to catch criminals than by accessing encrypted content, as this case demonstrates.

Panaseer Launches Guidance on Security Controls Ahead of EU’s New Legislation
What is Antivirus and What Does It Really Protect?
The Medibank Data Breach – Steps You Can Take to Protect Yourself
How social media scammers buy time to steal your 2FA codes
Instagram Credential Phishing Attacks Bypass Microsoft Email Security