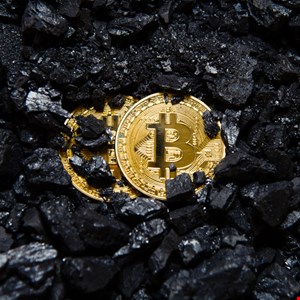 A Texas school district employee has tendered their resignation after being caught secretly mining cryptocurrency on school premises.

Pings picked up by Galveston Independent School District’s firewall a couple of weeks ago aroused the suspicion of the district’s IT department. An investigation into the activity determined that multiple cryptocurrency mining machines were operating on the district’s network at six different Galveston ISD campuses without authorization.

The Superintendent of schools, Dr. Jerry Gibson, would not reveal the identity of the individual who had set up the power-guzzling machines but confirmed that the mystery crypto-miner was no longer employed by the district.

Leaders of Galveston ISD said the now-former employee had not been granted permission to install the machines nor run them using power paid for by the district.

Gibson told ABC13 News: “You build things on trust. You make investments in peoples’ lives. When you do that and the return on the investment is not what you want, it stinks.”

The quondam school district employee stowed the machines in obscure areas to which few had access. Gibson said the district would now run a “double check to make sure that every single principal in this district has keys to every lock on their campus.”

Galveston ISD said that no data belonging to the district’s students, staff or faculty had been compromised by the unsanctioned crypto mining.

No action has been taken against the individual responsible for the installation of the machines. However, the investigation into the incident is ongoing and Galveston ISD leaders could potentially share their findings with the district attorney’s office.

Galveston ISD said in a statement: “On April 8, after an initial investigation, the employee responsible for installing the devices was placed on administrative leave and ultimately resigned his position with the district on April 18.”

Commenting on the discovery of the crypto-mining devices at Ball High School, former student Syriaha Smith said: “I feel like that’s very untrustworthy, and you’ve been working here for years. I just want to know what made you want to do that.”