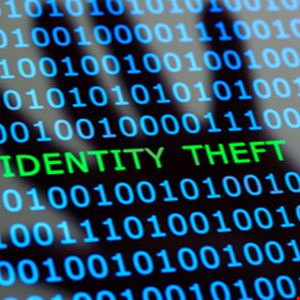 A woman from Los Angeles, who coughed on an Uber driver in a video that went viral last spring, has been accused of stealing the identity of her former neighbor.

Arna Kimiai, known on social media as ‘Cough Girl,’ was charged over the March 7 2021 incident involving San Francisco Uber driver, Subhakar Khadka. A video shared online by Khadka appears to show Kimiai ripping the driver’s mask off his face before coughing over him.

In April last year, 25-year-old Kimiai, pleaded not guilty to felony charges of attempted robbery and assault of a hired transportation driver.

Kimiai has now reportedly been accused of stealing the identity of a nurse who was formerly one of Kimiai’s neighbors.

Oncology nurse Emily, who did not wish to disclose her full name, told KGO on Wednesday that she contacted police after multiple luxury buildings and car dealerships extended credit to her without her authorization.

“I noticed I was getting Chase inquiries. There were about 12 of them,” said Emily.

From one of the companies that ran her credit, Emily managed to obtain the cellphone number of the individual who had applied for credit using her name. Emily said she found that the number was linked to Arna Kimiai, whose name she didn’t recognize.

The nurse said that when she entered Kimiai’s name into a search engine, she came across the viral cough video and recognized Kimiai as her former neighbor when she had lived in Los Angeles in September.

“To find out that that’s the person that was targeting me was just crazy to me,” said Emily, who told KGO that the pair had nodded at each other in passing but had never exchanged a word.

Emily alleges that Kimiai used her identity to rent a penthouse apartment in Miami and to set up an electric account with Florida Power and Light. The nurse has filed reports with the police departments in San Francisco and Miami and with the US Postal Inspection Service.

The Miami Police Department said it has a warrant out for Kimiai’s arrest, charging her with grand theft, organized scheme to defraud and fraudulent use of personal information.

Rise of LNK (Shortcut files) Malware
What to Do If Your Identity Has Been Stolen
BRONZE STARLIGHT Ransomware Operations Use HUI Loader
Capital One identity theft hacker finally gets convicted
Phishing awareness training: Help your employees avoid the hook