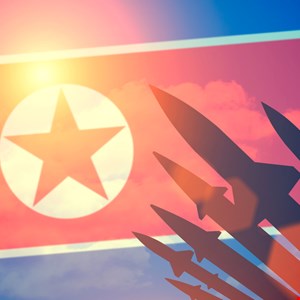 A United Nations expert on North Korea has said the country is funding its banned nuclear and missile programs with cyber activity.

Eric Penton-Voak, a coordinator of the UN group tasked with monitoring the enforcement of sanctions on North Korea, made the comment on Wednesday and called for increased focus on cybercrime stemming from the country.

North Korea, known officially as the Democratic People’s Republic of Korea (DPRK), is currently operating under the heaviest set of UN sanctions ever imposed on the country. Penton-Voak commented that despite this situation, North Korea had accelerated its missile testing, especially during recent months when the country tested an intercontinental ballistic missile (ICBM) for the first time since 2017.

Speaking at a discussion hosted by Washington’s Center for a New American Security think tank, Penton-Voak said he believed that cyber activity had become “absolutely fundamental” to North Korea’s ability to evade UN sanctions to generate funding for its nuclear and missile programs.

“We rely on UN member states to inform us about breaches in order to investigate. But many, many member states are quite cautious about their own cyber capabilities,” said Penton-Voak.

“Victims for their part are often very reluctant to discuss how hacks happened and how extensive they were … I do hope and expect that our reports in the future will rather better reflect the central importance of cyber-enabled financial crime to (North Korea).”

Penton-Voak, of the UN Security Council’s Panel of Experts on North Korea, said that North Korean hackers’ recent theft of $618m worth of cryptocurrency tied to the video game Axie Infinity demonstrated that they are operating at the cutting edge of cyber technology.

The FBI last week linked the epic cyber-heist which occurred on March 23 to the North Korean cyber-crime gang Lazarus. The group, which is also known as “APT-C-26,” “Appleworm,” “Red Dot” and “Hidden Cobra,” allegedly stole the money by exploiting a backdoor in the virtual network Ronin Network, which facilitates the transfer of cryptocurrency in and out of the game.

The FBI said it would continue to expose and combat the DPRK’s use of illicit activities, including cybercrime and cryptocurrency theft, to generate revenue for Kim Jong-un’s regime.

What Is Identity Theft and How Do You Recover From It?
Hackers Exploit Mitel VoIP Zero-Day in Likely Ransomware Attack
Unknown Hacker Steals $100m From California-Based Cryptocurrency Firm Harmony
Harmony blockchain loses nearly $100M due to hacked private keys
#InfosecurityEurope2022: How Should SMEs Defend Against Cyber-Risks?