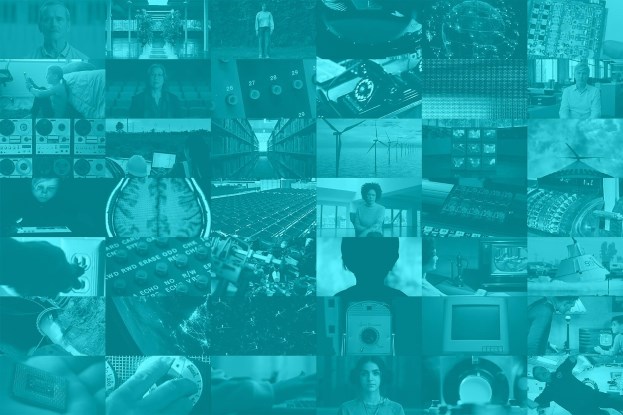 Young people are not passive victims of technology or helpless addicts. They are technology creators and agents with diverse backgrounds and interests.

When people hear that I study digital youth culture, I often get asked, “Is technology good or bad for kids?” My first struggle is to reframe the question. The question assumes technology is one thing, and all kids use technology the same way. Technology is made and shaped by us and we have the power to make it good or bad. I prefer the question, “How can we support young people in harnessing technology for progress?” Young people are not passive victims of technology or helpless addicts. They are technology creators and agents with diverse backgrounds and interests.

I’ve been researching teens’ use of technology in both Japan and the U.S. for almost three decades, and have seen similar intergenerational dynamics play out with every new wave of technology that teens adopt and make their own. Adults worry, teens experiment and adopt new ways of using technology, and eventually, adults start embracing digital culture teens created.

We celebrate tech titans who started their empires while still in college. What gets less appreciation are everyday examples of young people around the world harnessing technology in innovative, self-actualizing, and progressive ways. The optimism and creativity of youth is like solar energy – constantly renewed, and largely untapped. If we can recognize their diverse needs and strengths, we can support youth as innovators, learners, and change makers.

In the late nineties, I sat on subways and wandered the streets of Tokyo observing how teens were using mobile phones. My research team at Keio University gathered detailed logs of text message and voice communications of high school students. They shared insights about how they used text messages, emoji, camera phones, and the mobile Internet. The rest of the world was skeptical that the mobile Internet would take off beyond Japan. It would be almost a decade before text messaging was widespread in the US. I never would have dreamed that people of all ages around the world would be communicating with emoji and smartphone photos 20 years later.

Back then, older folks would shake their heads when they saw teens walking while texting. They labelled them nagara zoku (the multitasking tribe) and oyayubi zoku (thumb tribe). Mobile phones in the hands of teens became a symbol of the decline of culture and social norms. Teens, on the other hand, were annoyed by adults who failed to put their phone on silent mode and fumbled through their pockets while it rang. Ever since street smart high school girls used pagers to send text messages to each other in the early nineties, Japanese teens were innovating in mobile communication. Japanese phone providers capitalized on these teen innovations by creating new technologies including varied texting services, emoji, camera phones, and the mobile Internet.

Teens also created new social norms as they took to new technology. For example, they found the older practice of placing a voice call unannounced to be invasive. They quickly developed a new social norm to “knock before entering.” When they wanted to talk, they would send a text message first to check availability. Their friend might be on public transit, in class, or some other setting where a voice call will be disruptive. They recognized that just picking up the phone and calling someone when it was convenient for the caller was inconsiderate to the person receiving the call.

When young people are experimenting, mobilizing, and innovating, they are also learning and developing new skills. When my daughter was in middle school and high school, she was involved in online fandoms for some popular bands. She took to social media and blogging to connect with fellow fans, and quickly amassed followers. During a particularly busy week of school, we were problem solving together about how to manage time. “I think I should take a week off of blogging,” she suggested while I nodded. When I checked in on her a few hours later I saw her on her blog, and started in on a gentle scolding. “Mom,” she interrupted, with a sigh, “I’m queuing up the posts so I don’t lose followers during the week I take off.” Somehow, she had become more adept at social media management than her mom who fancies herself a digitally fluent public intellectual.

These kinds of communication and networking skills are just one of many competencies that young people gain through interest-driven and socially connected learning with technology. We call this “connected learning” when young people are learning as a by-product of geeking-out, creating, and organizing together with fellow enthusiasts. Whether it is fan fiction writers creating new narratives together, gamers strategizing and sharing tips, or dancers sharing and learning from online video, online affinity groups continue to fuel learning in ways that are social and passion-driven.

When young people are learning and organizing together online, it’s not all fun and games. Their digital skills have fueled world-changing social movements. In college, my daughter went on to join the Percentage Project, which uses social media to raise awareness about the experience of underrepresented groups in computer science programs. She also helped start an online video series, Decrypted By Us, highlighting the expertise and perspectives of women and minorities in tech. After the school shootings at Stoneman Douglas High School, we saw a multi-racial coalition of teens fuel the March for Our Lives movement. Adults were stunned by their media savvy, and their snappy comebacks at politicians and detractors on social media. Young people wielding social and mobile media have been at the heart of so many progressive movements — whether it is Black Lives Matter, Dreamers, or climate activism.

These progressive uses of technology don’t just happen on their own. Behind all of these positive examples are powerful platforms that enable them to connect, create, and communicate. Also essential are the caring adults, organizations, and coalitions that have given young people the space and support to amplify their optimism and progressive potential.

Many years ago, I co-founded a nonprofit, Connected Camps, that is dedicated to supporting college students to mentor children through popular digital gaming platforms. We are just one of a growing legion of organizations supporting youth leadership in making positive change. We believe that mentorship centered around shared causes and interests can change lives and the world. Whether you are a parent, an educator, an employer, or a fellow enthusiast, we all have a role to play in nurturing the power and potential of young people.