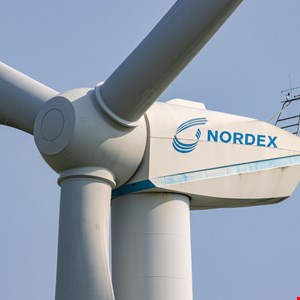 German wind turbine manufacturer, Nordex Group, was hit by a cyber-attack on 31 March 2022, with an update issued by the firm this week.

The cyber-attack was detected by IT security team at an early stage, according to Nordex, and response measures were taken quickly.

Nordex revealed that the necessary response protocols were taken and IT systems across multiple locations and business units were shut down.

In a statement, the company said: “To safeguard customer assets, remote access from Nordex Group IT infrastructure was disabled for turbines under contract.

“Nordex turbines continued operating without restrictions and wind farm communication with grid operators and energy traders was, and remains, unaffected.”

Nordex implemented alternative remote control services for the majority of its fleet.

“There is no indication that the incident spread to any third-party assets or otherwise beyond Nordex’s internal IT infrastructure,” Nordex said in its statement.

The company is currently restoring IT systems and warned that the shutdown might affect customers, employees and other stakeholders.

The growing use of green energy is likely to become an increasingly tempting target for cyber-criminals over the coming years. Last November, world’s largest manufacturer of wind turbines,  Vestas Wind Systems, was forced to shut down IT systems across several locations over the weekend after a cybersecurity incident.