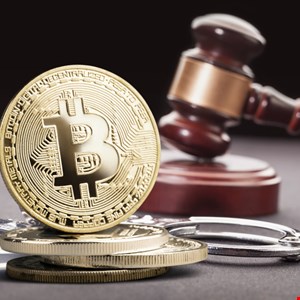 A noted Ethereum developer has been sentenced to more than five years behind bars after pleading guilty to helping North Korea evade sanctions.

Virgil Griffith, 39, initially pleaded not guilty back in January 2020, following his arrest at Los Angeles International Airport in November 2019. However, he changed that plea last year.

He conspired to provide technical advice to the hermit kingdom on how to circumvent sanctions by using cryptocurrency and blockchain technology, according to the Department of Justice (DoJ).

He’s said to have begun formulating plans to assist the Kim Jong-un regime back in 2018, including developing and funding cryptocurrency infrastructure in the country, such as crypto mining capabilities.

He even visited the North Korean capital in 2019 to present at the Pyongyang Blockchain and Cryptocurrency Conference, despite being prohibited from traveling there by the State Department.

At the conference, he provided detailed instructions on how to launder money and evade sanctions using crypto and how blockchain smart contracts could be used by Pyongyang in nuclear weapons negotiations with the US.

Griffith also tried to recruit others in the US to do the same and attempted to broker introductions for North Korean officials with cryptocurrency and blockchain service providers, according to the DoJ.

“There is no question North Korea poses a national security threat to our nation, and the regime has shown time and again it will stop at nothing to ignore our laws for its own benefit,” argued US attorney Damian Williams.

“Mr Griffith admitted in court he took actions to evade sanctions, which are in place to prevent the DPRK from building a nuclear weapon. Justice has been served with the sentence handed down today.”

Griffith will now face 63 months in prison, followed by three years of supervised release, and he has been fined $100,000.