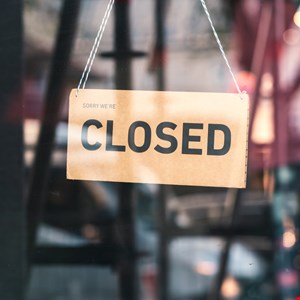 A leading UK high street retailer has been forced to close several stores and part suspend its operations after a cyber-attack, according to reports.

The Works, which sells cut-price arts and crafts supplies, reportedly said it had disabled access to computer systems, including email, as a precaution while it investigates.

“There has been some limited disruption to trading and business operations, including the closure of some stores due to till issues,” noted a statement seen by The Guardian.

“Replenishment deliveries to the group’s stores were suspended temporarily and the normal delivery window for the fulfilment of online orders was extended, but store deliveries are expected to resume imminently and the normal online service levels are progressively being reintroduced.”

Card transactions are not thought to be affected as they’re processed by a third party, although it’s unclear whether employee and/or customer personal information has been exfiltrated.

“While payment data has not been compromised, it has not yet been possible to establish the full extent to which any other data may have been affected,” its statement continued. “Therefore, as a precautionary measure, we have informed the Information Commissioner’s Office.”

A separate BBC report claimed ransomware was behind the attack, although there have reportedly been no ransom demands issued to The Works.

A total of five stores were reportedly closed due to the cyber-attack, with online deliveries also impacted. However, the latter is set to restart shortly, and the retailer does not expect the incident will affect its financials for the year.

ESET global cybersecurity advisor, Jake Moore, argued that if the firm is hit with a ransom demand, it will need to weigh up the potential costs of paying versus going it alone – especially as the latter could mean a longer recovery period.

“Once the dust has settled at least it will hopefully help other companies tighten their security … and better prepare themselves for inevitable future attempts like this,” he added.