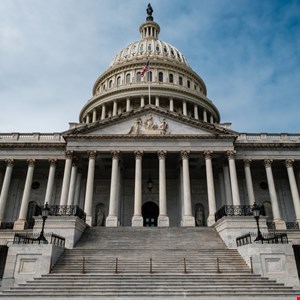 The United States House of Representatives has passed a bill that would change how cybercrime is tracked, measured and reported by the federal government.

The Better Cybercrime Metrics Act (S.2629), authored by US senator Brian Schatz, was approved by the House in a bipartisan 377-48 vote on Tuesday.

Once signed into law, the bill will encourage local and federal law enforcement agencies to report cybercrime in their jurisdictions to the Federal Bureau of Investigation (FBI). The Bureau will be required to report cybercrime metrics and cyber enabled crime categories, as it already does for other types of property crimes.

The new legislation supports the creation of a classification system that can be used to categorize various cybercrimes. It authorizes a study at the National Academies of Science “to establish a taxonomy for cybercrime incidents in consultation with federal, state, local, and tribal stakeholders, criminologists, and business leaders that would inform the FBI’s reporting of cybercrime and cyber-enabled crime.”

The bill further requires the Bureau of Justice Statistics at the Department of Justice and the Census Bureau to include questions related to cybercrime and cyber enabled crime as part of its annual National Crime Victimization Survey.

“To protect people and fight online crimes, including scams and hacks like those we saw in Honolulu against our public transit and water systems, we need to understand how often, when, and where they’re happening,” said Schatz. “Our bipartisan bill will give us the data we need to go after criminals and support victims of cybercrime, and I look forward to seeing it signed into law.”

The Senate passed its version of the bill in December. The legislation has now been sent to President Joe Biden to be signed into law.

Alexandra Rose, government partnerships lead at Secureworks, said that streamlining the collection and analysis of cybercrime data will enable the US government to take a more holistic approach to tackling cybercrime.

“Instead of data collection and analysis occurring in silos, this effort will enable the US government and broader security community to have a more complete picture of the problem, which will result in a more effective defense strategy when it comes to cyberattacks and cybercrime,” said Rose.