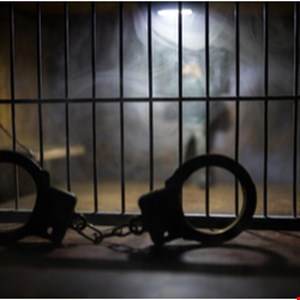 An Estonian man has been sentenced to over five years behind bars for his role in a wide-ranging online fraud and ransomware campaign.

According to court documents, he was a key figure in Russian members-only cybercrime forum DirectConnection. Between 2009 and 2015, Berezan was involved in using stolen cards to make fraudulent purchases and draining bank accounts of their funds, as well as effectively laundering those funds.

He’s also said to have participated in at least 13 ransomware attacks which led to $53m in losses. Seven of these attacks targeted US victims, and an estimated $11m in ransom payments flowed into cryptocurrency wallets that he controlled, the Department of Justice (DoJ) claimed.

Berezan is said to have used his profits to buy two Porsches, a Ducati motorcycle and an assortment of jewellery. Officers also seized $200,000 in cash and electronic devices storing passphrases to bitcoin wallets that contained around $1.7m in digital currency.

“While we have long been in the business of protecting money, from the earliest days of coins and paper, to plastic, and today’s more accessible and commonplace digital currencies, we also remain in parallel footprint to the evolution of criminal behavior into cyberspace,” said Matthew Stohler, special agent in charge at the US Secret Service.

“Ransomware thieves are not safe in any dark corner of the internet in which they may think they can hide from our highly trained investigators and law enforcement partners worldwide. Together with our critical partners we are dedicated to protecting the public and securing every iteration of our money and every part of our national financial infrastructure.”