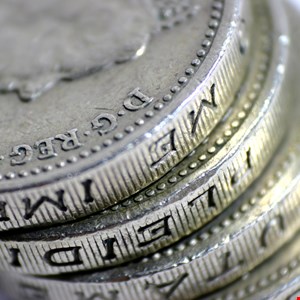 A London nightclub owner has been forced to surrender hundreds of thousands of pounds worth of equipment seized by police after being linked to a notorious cybercrime money laundering group.

The QQAAZZ group provided money-laundering services to many organized cybercrime groups over the years. According to the National Crime Agency (NCA), the transnational gang was managed from London using shell companies, mule accounts and cryptocurrency to hide the origin of cybercrime proceeds.

As part of its investigation into QQAAZZ, the NCA seized the nightclub equipment in 2019 after executing a search warrant at Fold nightclub in Canning Town – run by DJ and owner Lasha Zhorzholiani.

A civil case brought by the NCA in the High Court earlier this month sought to establish how the kit was actually paid for using money stolen from victim companies in cyber-attacks and then laundered through bank accounts linked to various shell companies.

After being served, Zhorzholiani has agreed to surrender audio-visual equipment bought for more than £214,000 ($282,000).

“NCA investigators are encouraged to think creatively about how they can use legislation to undermine criminal enterprises. In this case, civil recovery powers have allowed us to ensure that avaricious individuals who have benefitted financially through crime do not hold on to their illicit assets,” said Richard Winstanley from the NCA’s National Cyber Crime Unit.

“This is a perfect example of collaboration between our criminal investigators and the NCA’s civil recovery practitioners to disrupt serious organized criminality and protect the public from harm.”

The NCA continues to investigate the UK operations of QQAAZZ, with criminal justice cases being considered.

Europol has also coordinated the arrest of 20 individuals in connection with the gang, and last year a Russian national was sentenced in the US for his part. Fourteen suspected members of QQAAZZ were charged in the US in 2020, and last summer, two more pleaded guilty.