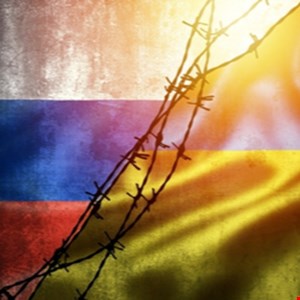 The current cyber dimension of the Russia-Ukraine conflict and how it may escalate were discussed by Ciaran Martin, founding CEO of the UK’s National Cyber Security Centre (NCSC), during the keynote address at the Infosecurity Magazine Online Summit – EMEA 2022.

Martin began by noting that so far, “the cyber dimension has been quieter than many of us might have expected.” However, the past 24 hours have seen two announcements that have brought the scale of the threat posed in cyberspace into sharp focus. These were from “opposite ends of the cybersecurity spectrum.” The first was the notice issued by US President Joe Biden, warning US organizations to be prepared for imminent high-level cyber-attacks. Given the success of US intelligence relating to the conflict so far, “I don’t think they’d be doing that lightly,” observed Martin.

The other was the announcement by the charity The Scottish Association for Mental Health that it had suffered a ransomware attack, significantly impacting its systems. While these two announcements are in very different areas, it is likely both relate to threats “emanating from the Russian Federation.” Martin added: “It’s quite possible we’re dealing with a complex ecosystem of Russian criminality and Russian malicious cyber activity.”

Fundamentally, these two distinct announcements show that we’re both in a period of heightened tension in cyberspace and “we’re at risk from our enduring cyber vulnerabilities.”

Martin then explained why the Russian invasion of Ukraine means we are in a period of heightened tension. He pointed out that this is not the beginning of the conflict between the two nations, which in reality started in 2014 since the Russian annexation of Crimea. Since that time, Russian state-sponsored actors have launched numerous sophisticated cyber-attacks targeting Ukrainian critical infrastructure. These include taking out power grids, the NotPetya attack in 2017 and the wiper malware attack hitting numerous organizations on the eve of the Russian invasion of Ukraine in February 2022.

“We haven’t seen the cyber war that many predicted”

Due to these kinds of incidents, it has been something of a surprise that we haven’t currently seen any widescale disruption to Ukraine from cyber-attacks since the invasion began, noted Martin. “We haven’t seen the cyber-war that many predicted,” observed Martin. Currently, there is a lot of “cyber noise,” with groups with loose links to either side undertaking low-scale attacks, such as taking government websites offline.

Nevertheless, Martin discussed three reasons to be concerned about cyber-threats that may be round the corner, which help explain why the Biden administration issued its latest warning.

Martin then outlined three lessons we should take from the current conflict about cyber in a time of war.

He noted: “We know our defenses against that sort of disruption across the totality of economy and society just aren’t up to it and that leaves us vulnerable.”

This requires a long-term fix, which needs to start now. In particular, this involves addressing the legacy backlog in IT systems and thinking more strategically about our secure digital environment, building security into systems.

Martin concluded with the following message: “Hold our nerve, don’t panic for now, and apply good security practices as we watch this awful crisis.”