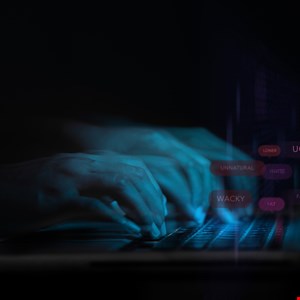 Uganda has arrested an author and activist and a TV journalist for allegedly cyber stalking the country’s President, Yoweri Museveni.

Tumuhimbise is author of the 2015 book, Unsowing the Mustard Seed, in which he gives a firsthand account of his kidnap and torture by agents of Museveni, who has ruled Uganda since 1986.

The 36-year-old author, who leads local pressure group The Alternative Movement and runs online media platform Alternative Digitalk TV where Bikobere is employed, was arrested ahead of the planned March 30 publication of a new book in which he criticizes Museveni.

“Norman Tumuhimbise and his colleague, Farida Bikobere, who works with him at Digitalk TV, were charged with cyber stalking the president,” Kiiza told AFP.

He added: “The two denied the charges and were remanded to Luzira prison until March 21.”

The journalist and author were arrested on March 10 along with seven other journalists during a raid on the offices of Digitalk TV. All were charged with offensive communication.

While Tumuhimbise and Bikobere remain in detention in a maximum-security facility in Kampala, the seven other individuals were released on police bond on March 15 and 16.

Describing how his clients had been treated by their captors, Kiiza said: “Both were tortured like the other journalists with whom they were arrested.”

If convicted, Tumuhimbise and Bikobere could be sentenced to up to a year in jail and/or issue a fine under Uganda’s Computer Misuse Act.

In court documents seen by AFP, prosecutors accuse Tumuhimbise and Bikobere of using Alternative Digitalk TV to spread “offensive communication… directed against the person of the President of Uganda”.

The arrest of Tumuhimbise comes after the detention of award-winning Ugandan author Kakwenza Rukirabashaija who was charged with insulting the President and his son on social media. Last month, Rukirabashaija traveled to Germany to seek medical treatment after allegedly having been tortured during his detention.