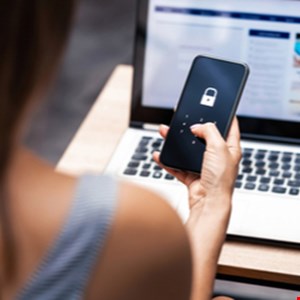 The campaign offers actionable cybersecurity guidance to the public, in line with the UK government’s Cyber Aware advice. The first of these recommends using passwords containing three random words, ensuring they are unique, strong and easier to remember. The NCSC believes this approach is more effective than using complex combinations for passwords.

The other recommendation in the campaign is to enable two-step verification for online accounts, such as a code texted to the account holder’s phone. This will provide an extra layer of protection if a password is compromised.

The campaign has been launched across broadcast, online and almost 2000 billboard adverts and will run until May 2022.

The government said the campaign had been launched in response to rising digitization, leading to a surge in online scams during the COVID-19 pandemic. It cited recent figures from the ONS 161% rise in unauthorized access to personal information in 2020/21 compared with 2018/19.

The NCSC also revealed today that its Suspicious Email Reporting Service had received more than 10.5 million reports since launching almost two years ago. This has resulted in 76,000 online scams being taken down. In this initiative, members of the public are encouraged to report suspicious emails by forwarding them to report@phishing.gov.uk.

NCSC chief executive Lindy Cameron explained: “The British public’s response to our Suspicious Email Reporting Service has been incredible and led to the removal of thousands of online scams.

“But there is even more we can do, and by following our Cyber Aware steps to secure online accounts – starting with email – people will dramatically reduce risks, including financial losses and personal data breaches.

“We all have a role to play in our collective cybersecurity and I urge everyone to follow our Cyber Aware advice to make life even harder for the scammers.”

The Chancellor of the Duchy of Lancaster, Steve Barclay, added: “Online scams and fake ads target us all and we’re determined to stamp them out.

“Everyone can help contribute to the country’s cyber security by being vigilant, reporting suspicious communications, and using secure methods to safeguard accounts.

“I urge everyone to check out the NCSC’s website, which has some great advice on how to protect yourself online, including enabling two-step verification and using passwords with three random words.”