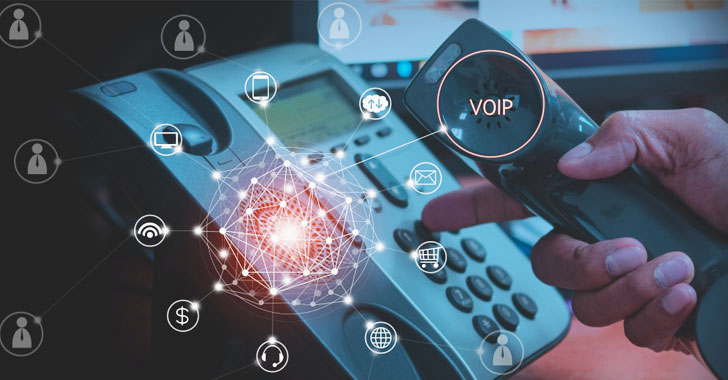 Kerbit security researcher Daniel Eshetu said the shortcomings, when chained together, can lead to “an unauthenticated attacker gaining root on these devices.”

Pascom Cloud Phone System is an integrated collaboration and communication solution that allows businesses to host and set up private telephone networks across different platforms as well as facilitate the monitoring, maintenance, and updates associated with the virtual phone systems.

The set of three flaws includes those stemming from an arbitrary path traversal in the web interface, a server-side request forgery (SSRF) due to an outdated third-party dependency (CVE-2019-18394), and a post-authentication command injection using a daemon service (“exd.pl”).

In other words, the vulnerabilities can be stringed in a chain-like fashion to access non-exposed endpoints by sending arbitrary GET requests to obtain the administrator password, and then use it to gain remote code execution using the scheduled task.

The exploit chain can be used “to execute commands as root,” Eshetu said, adding, “this gives us full control of the machine and an easy way to escalate privileges.” The flaws were reported to Pascom on January 3, 2022, following which patches have been released.

Customers who are self-hosting CPS as opposed to on the cloud are advised to update to the latest version (pascom Server 19.21) as soon as possible to counter any potential threats.