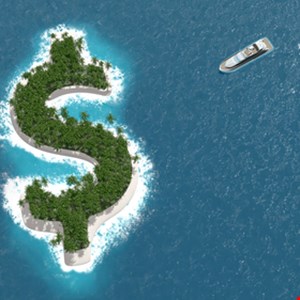 The offshore assets of 35 current and former world leaders have been exposed in an unprecedented leak of financial records dubbed the Pandora Papers.

The cache of 11.9 million confidential files was leaked to the International Consortium of Investigative Journalists (ICIJ) in Washington, DC. Containing 2.94 terabytes of data, the Papers represent the largest trove of leaked offshore data in history.

According to the ICIJ, the papers offer “a sweeping look at an industry that helps the world’s ultra-wealthy, powerful government officials and other elites conceal trillions of dollars from tax authorities, prosecutors and others.”

More than 100 billionaires are featured in the files, which were derived from 14 offshore services firms from around the world, engaged by clients to set up offshore structures and trusts in tax havens such as the Cayman Islands, Panama, Dubai, Switzerland, and Monaco.

Exposed by the leak are the finances of more than 300 public officials such as government ministers, judges, mayors, and military generals in more than 90 countries. Also impacted are wealth celebrities, musicians, and business leaders.

The ICIJ said that the leaked records have also uncovered the financial secrets of “a global lineup of fugitives, con artists and murderers.”

For two years, more than 600 journalists at 150 news outlets have been reviewing the leaked files, which were shared by the ICIJ with media partners including the Guardian, BBC Panorama, Le Monde, and the Washington Post.

The Guardian wrote: “The Pandora papers reveal the inner workings of what is a shadow financial world, providing a rare window into the hidden operations of a global offshore economy that enables some of the world’s richest people to hide their wealth and in some cases pay little or no tax.”

Information revealed in the leak includes the secret purchase through offshore companies of a $22 million chateau in the French Riviera by the Czech Republic’s billionaire prime minister, Andrej Babis, who styles himself as a man of the people.

The papers also show that 14 luxury homes were secretly purchased for $106 million by King Abdullah II of Jordan, whose country relies on foreign aid to support its people.

What is Antivirus and What Does It Really Protect?
How social media scammers buy time to steal your 2FA codes
Bahamut Spyware Group Compromises Android Devices Via Fake VPN Apps
Watch Out for These 3 World Cup Scams
Panaseer Launches Guidance on Security Controls Ahead of EU’s New Legislation