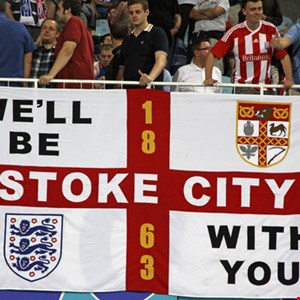 A Kittitian soccer player has made a charitable donation of the compensation he received after being racially abused on social media.

Silwood was arrested after posting a comment on a Facebook group in January 2021 that said that Sawyers should be awarded the “Baboon D’Or.”

The comment was a racist pun based on the Ballon d’Or or Golden Boot, which is an annual award given to the world’s best footballer.

In a statement released earlier today, Sawyers said: “This is an incident that has affected me deeply, but I would like to encourage fellow players to report all racial abuse to the police.”

Silwood claimed that he had written the word “buffoon” and autocorrect had changed it to “baboon,” but he was convicted of sending an offensive message under the Communications Act in a trial that ended on September 9.

Earlier today, a judge at Birmingham Magistrates’ Court sentenced Silwood to eight weeks in prison and ordered him to pay a £128 victim surcharge and a total of £1,000 in costs and compensation.

The judge told the court: “There is no place for racial abuse.”

Sawyers stated today that he has donated the compensation to a local West Midlands charity. He explained: “It is important to me to turn this negative experience into something positive.”

The 29-year-old footballer thanked the fan who came forward and reported the abuse and expressed his gratitude to the police who investigated the matter.

Sawyers then called on social media companies to make a greater effort to keep racist abuse off their platforms.

“It is widely accepted that social media companies must do more to stop the publication of racism on their platforms,” said Sawyers. “I again urge them to take the necessary action required to prevent anyone from receiving the abuse I experienced.”

West Bromwich Albion – the team supported by Silwood – have banned the convicted criminal from attending matches for the rest of his life.