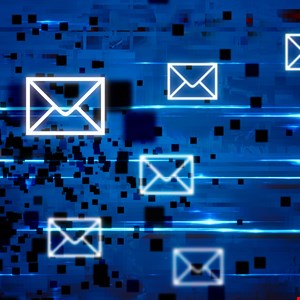 The UK’s data protection regulator has launched an investigation into whether the former health secretary broke the law in using his private email account to conduct official departmental business.

Concerns were raised by the Labour Party late last month after Matt Hancock resigned following leaked CCTV footage showing the married Tory MP in a romantic embrace with an advisor.

They revolve around question marks over whether government contracts for PPE and other items were awarded fairly and transparently.

Information commissioner Elizabeth Denham said in a blog post that her investigation would focus on whether the use of private email for official government business may be a security risk. If there is a risk, the records won’t be available when freedom of information requests are made. It’s not technically illegal for ministers to use their private emails, as long as guidance from the ICO and government is being met.

“The suggestion of ministers and senior officials using private correspondence channels, such as private email accounts, to conduct sensitive official business is a concerning one. It concerns the public to feel there may be a loss of transparency about decisions affecting them and their loved ones. And as the regulator of data protection and freedom of information laws, it concerns me,” Denham argued.

“[My] investigation will establish if private correspondence channels have been used, and if their use led to breaches of freedom of information or data protection law. We will publish the results of that investigation in due course.”

The Information Commissioner’s Office (ICO) has already issued information notices on the Department for Health and Social Care in order to preserve evidence for the inquiry.

Its powers range from best practice recommendations and enforcement notices to criminal prosecution of individuals where information has been “deliberately destroyed, altered, or concealed” after being requested under the Freedom of Information Act.

Last year, The Guardian revealed that a former publican and friend of Hancock’s won a £50 million contract for test-and-trace supplies despite running a company that had no experience producing such equipment.